The Old Rectory : bed and breakfast

“The historic home and the grounds are stunning.” 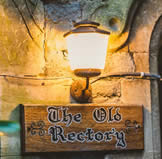 “We have no hesitation in recommending this delightful B&B”

The spacious Old Rectory offers excellent B&B hospitality in beautiful surroundings. It is an ideal base for visits to Gloucester, Cheltenham and the Cotswolds. Set in ¾ acre overlooking farmland, the house is both tranquil, yet easily accessible to the local big towns and motorways: 5 mins from Gloucester, 7 mins to the M5, Cheltenham and the Cotswolds are 15 mins. Stratford-upon-Avon and Bath are each an hour away. 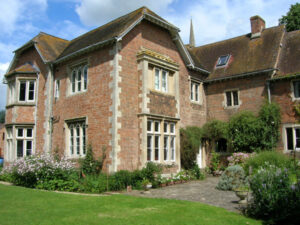 We welcome people from all corners of the UK and from all over the world. Some of our guests are touring the country, or simply on a short break, or visiting the races or rugby or other sports. Some are here assigned to the area for their profession. A few stay while they follow a language course.

Your hosts are on hand to guide guests to local places of interest and to restaurants, but we also respect your privacy and space.

The Old Rectory was built in the 19th century to accommodate the rector of the new church. It was here in the early 20th century that the resident Canon Cheeseman regularly gave tuition to a group of promising boys, including the poet and composer Ivor Gurney. 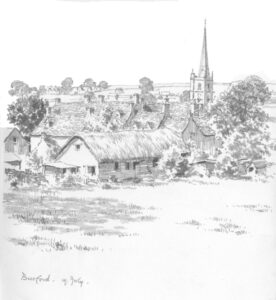 Gurney’s life is a tale of extraordinary brilliance and sadness. His poems reflect his love for Gloucestershire, through which he used to amble his way enchanted by the delights of the countryside. He is buried in the churchyard next door. His poem ‘Twigworth Vicarage’ starting “Wakened by birds and sun, laughter of the wind … ” hangs on the wall, along with drawings and paintings of Reginald Sharpley, a Gloucestershire artist and contemporary of Gurney (his sketch of the village of Burford shown here).

The history of this rectory is well documented in the local history office. In the 19th century a rector lived here with his family of three daughters. No change there – the Sharpleys arrived more than a hundred years later, bringing their three daughters.

The garden is laid to lawn with flower beds and fruit trees, and there is a summer house with a 19th-century well. There is ample parking.

“Amazing house and grounds, would stay again for sure.” 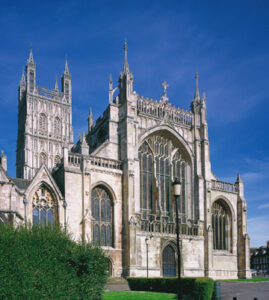 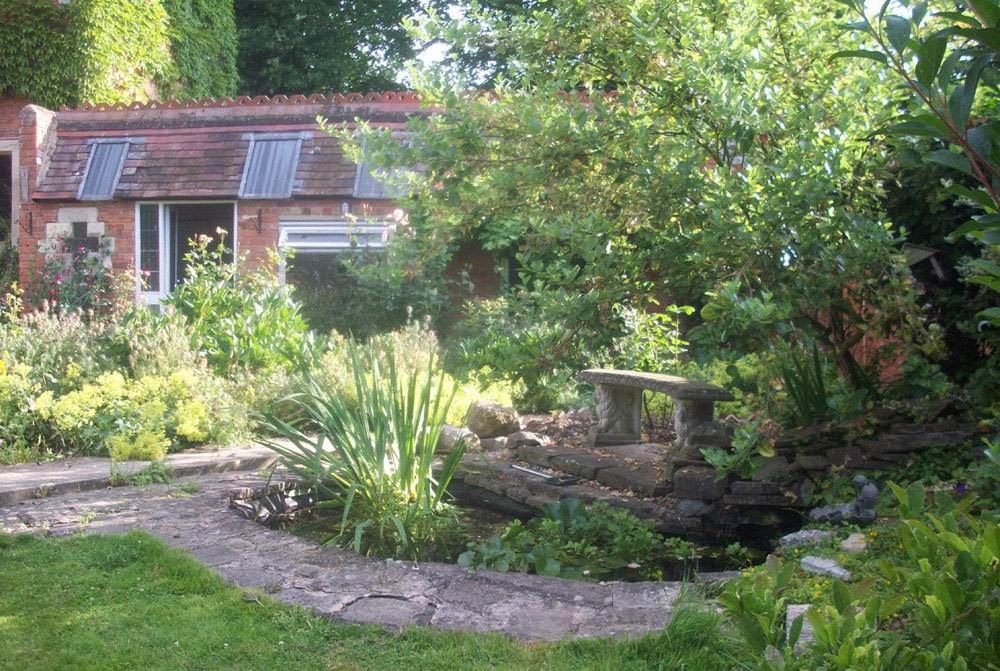